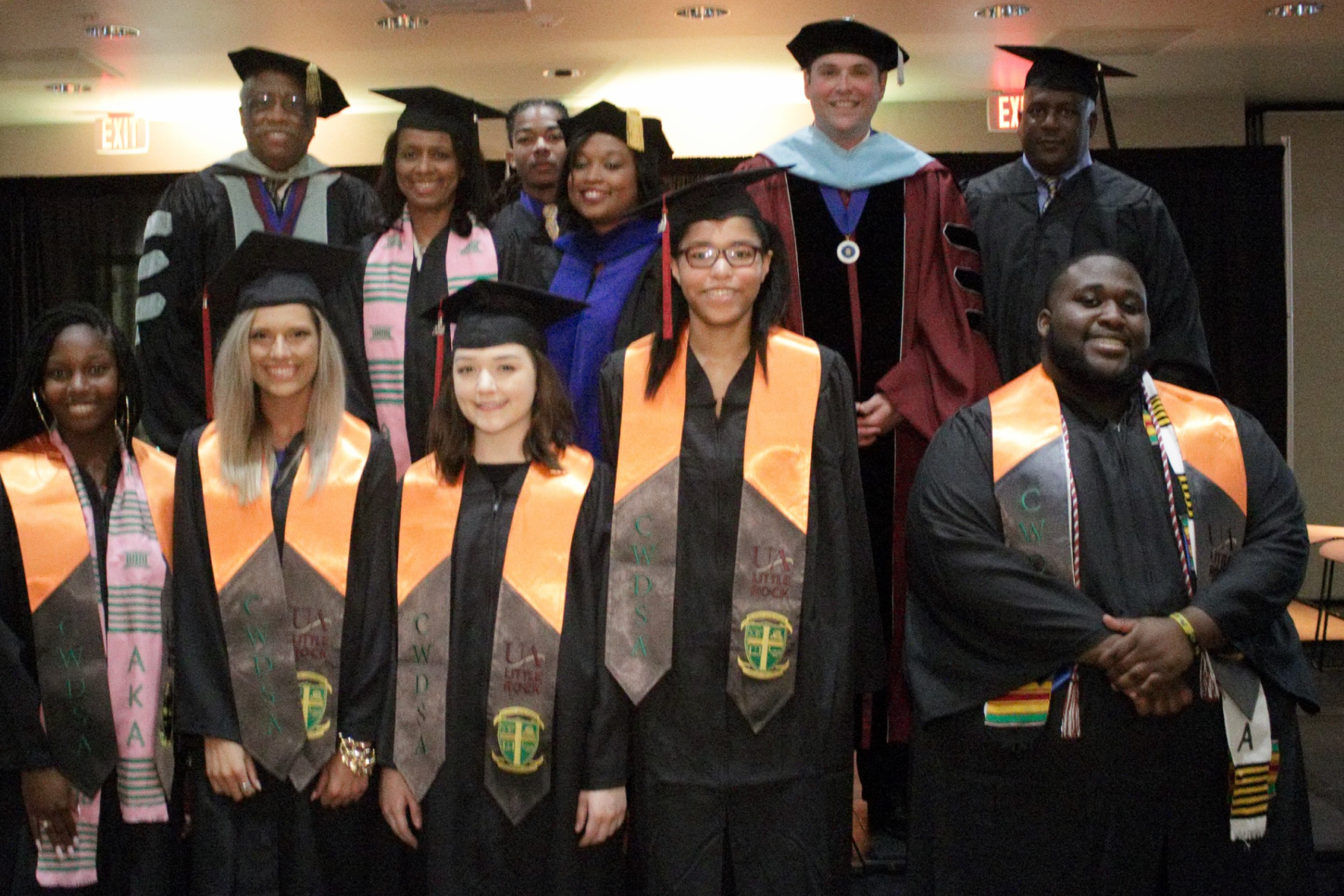 Courtesy of the Arkansas Times, By Benjamin Hardy, August 7, 2014

When Chris Foy (second from left in above photo) graduated from Mills University Studies High School in the Pulaski County Special School District last spring, he wasn’t particularly interested in going to college. He has a good head for math and as a self-described “game nerd,” he knows his way around technology, but he kept falling asleep in class.

After attending the Charles W. Donaldson Scholars Academy, Foy’s outlook on education changed and so did his test scores – tremendously! “He boosted his score on the math entrance exam so substantially that he can leapfrog over College Algebra (the typical ground floor math course) and go directly into Trigonometry.”

Read more about how Foy and his fellow cohorts benefited from the Donaldson Academy at Deseg lawsuit money lifts Pulaski County Special School District students out of remedial college courses.

Category: Donaldson Scholars in the News